Brokenshire College is registered as a non-stock, non-profit educational corporation owned by the United Church of Christ in the Philippines(UCCP)

Brokenshire College is a microcosm of the vision, dreams and labors of a lot of people.

In 1903, the Board of Commissioners for Foreign Mission of the Congregational Churches in the United States of America, now the United Church Board for World Ministries (UCBWM), sent the Rev. and Mrs. Robert Black as missionaries to Davao. They saw the tremendous need for medical service in the area. Mrs. Mary Matthewson an American Red Cross nurse set up the first medical clinic at the bank of The Bankerohan River. The clinic expanded through the work of Dr. and Mrs. Charles Sibley, and become the Davao Mission Hospital.

In 1926, a young and adventurous American medical doctor came and administered with extraordinary zeal the hospital for 15 years until the outbreak of World War II. Dr. Herbert Brokenshire, in whose Honor the hospital and the college were named, died during WWII a prisoner of war.

In 1965 the hospital and the student were distressed with fire and on the following year they were transferred to its present site in Madapo Davao city with a Five (5) hectare area allotted for the school. In 1978, the Board of Trustees decided to expand its program by offering Liberal Arts, and phased out the Graduate Nurse (G.N.) for the Bachelor of Science in Nursing (BSN) and changed its name to Brokenshire College. Meanwhile, the Liberal Arts program was administered by Mrs. Phoebe Reyes (1970-1985) who was succeeded during the year 1985-1986 by Mrs. Delia E. Dango.

In response to the request from the members of UCCP community, the High School program was added in 1984 during the time of the first President Dr. Marcelo P. Satentes with the late Mr. CresencianoMosot as the principal. The Preschool and Elementary programs were opened in 1989 as a separate unit of the college and named as child Development Center with the program in Nursery, Kindergarten, and Elementary.

In 1993 three (3) programs were added, the Bachelor of Science in Business Administration (BSBA), Bachelor in Elementary Education (BEED) and Bachelor in Secondary Education (BSED). In 1995 the Nursing, Liberal Arts and High School programs were accredited level 1 by ACCSCU-AAI. Government recognition to offer Bachelor of Science in Business Administration was granted in 1996.

In the academic year 2001-2002, Rev. Dr. Leopoldo R. Naïve was installed as the third President of the College. In 2006, through the adherence of having a Quality Management System and to her Quality Policy of providing value oriented quality education through continuous improvement and total involvement for customer satisfaction and to become globally competitive the school applied for ISO Certification, with perseverance, determination and hard work, Brokenshire College was granted ISO 9001; 2008 certification under TUV SUD Philippines Inc. On the same year, the Upward Mobility Program (UMP) or weekend college was offered to cater to the needs of the working class for non-nursing course. In 2008, the Bachelor of Science in Business Administration major in Microfinance was offered in partnership with the Center for Agriculture and Rural Development (CARD) Mutually Reinforcing Institution (MRI). In 2009, the Commission on Higher Education (CHED) granted the permit to offer Bachelor of Physical Education (BPE) major in Sports and Wellness Management and School Physical Education and (BSBA) major in Entrepreneurship.

The college has several programs with Level III accreditation status granted by the Association of Christian Schools Colleges and Universities- Accrediting Agency Inc. (ACSCU-AAI). These programs are Bachelor of Science in Nursing, BS in Education, BS in Psychology and AB Theology.

In July 8, 2015, Dr. Linell G. Malimbag was installed as the 4th President. She was the VP for Academic Affairs since 2012 and the first woman President of the College. In her first year, she embarked on the repainting of the building façade, construction of the covered path walk, increasing internet speed to 500mbps, and opening of the BC-TESDA Assessment Center (Aug.2015), among others. In the effort to open the School of Medicine, the College was evaluated in October 16, 2015 by a combined team of CHED Manila, Technical Panel for Health program (TPHP), and Technical Committee for Medical Education (TCME) and the Board of Medicine. With a target to be able to open the Medical Degree Program by SY 2016 – 2017, the prospects were hopeful and positive. In May 12, 2016, Brokenshire College now became the 2nd school to offer Doctor of Medicine Program in Davao City. In the same year, the following Master’s Degree Programs were also granted as Approved Programs under Delivering Higher Education in the K to 12 Transition Period; Master of Arts in Nursing major in Nursing Administration and Master of Arts in Theology. TESDA was called to open in for skills enhancement with seven qualification NC-II.

In June 2016, a young and energetic Dr. Felix C. Chavez Jr. became the Acting President. Under his leadership new courses was opened in the field of Bachelor in Medical Laboratory Science and Bachelor of Science in Pharmacy. It was during his academic year that the Senior High School were added as prescribed in the Enhanced Basic Education Act of 2013, as Department of Education promote to launch Senior High School (SHS) nationwide, a new level of Basic Education consisting grades 11 and 12.

Being the Chief Academic Officer and the Chairperson of the Adhoc Committee, Dr. Melchorita S. Salvador took the leadership from October 2016 until August of 2019.

The challenge of making the educational mission and the teaching ministry of the Church and Brokenshire College viable and sustainable, the need for qualified, God fearing, loyalty to the cause and wholeheartedly dedicated President of the College. The church has appointed Rev. Oliver T. Paraiso, MAT as the Interim President of Brokenshire College since August of 2019. He have shown humility and effective leadership as exemplified in his hard work, resourcefulness and creativity. Administered the school’s education mission and the teaching ministry of the Church.

Brokenshire College continues to strive, to respond and to improve the quality of instruction, infrastructure and quality management system with its competent faculty and staff, appropriate and relevant programs in the tertiary and post – secondary levels of education to meet the demands of the time.

Brokenshire College fulfills the Evangelical Christian Teaching Ministry of the Church.
VISION STATEMENT
Brokenshire College is the leading learning and transforming Evangelical Christian institution enabling learners to make a difference in the world
MISSION STATEMENT
Brokenshire College is a learning organization engaged in the pursuit and diffusion of knowledge through the highest standards of instruction, research and extension. It leads a life of faith, learning and action that develop people to become intellectually competent, sensitive, spiritually mature, aware and responsive to the needs and aspirations of the community. It manages and develops wisely all resources to ensure sustainable growth of the institution as responsible stewards of God and contributes to the realization of a just, free and responsible Christian social order.
CORE VALUES

FAITH is the relationship with God manifested through action with utmost confidence that God is always present in all human activities and life’s circumstances. (Hebrews 11:1 NIV)
EXCELLENCE means to stand out in everything by being the best and doing the highest quality of work not only for oneself but for others. (2 Timothy 2:15 NIV)
COMPASSION is a sincere and genuine love in action by being sensitive to the needs, feelings and sufferings of others. (Matthew 25:35 & 45 KJ)
INTEGRITY refers to ones commitment to be consistent in words, actions, beliefs, and values anchored in the life and teachings of the Lord. (Philippians 4:8 NIV)
JUSTICE values fairness by considering the welfare of others and doing things justly for fellow humans and for God. (Micah 6:8 NIV)
SERVICE refers to one’s sensitivity and responsive-ness to the needs of others by offering and sharing our time, talents and treasures without expecting something in return. (Galatians 5:13 KJ)
TRANSFORMATIONAL LEADERSHIP is an act to develop leaders who can influence their followers with a high level of commitments to perform their duties and responsibilities in accordance with the standard of the institution and responsible stewards God’s creation. (Romans 12:2 KJ)

THE EDUCATIONAL OBJECTIVES AND CREDO

The charter of Brokenshire College and the 1987 Constitution of the Philippines provide the impetus, substance and shape of the thought and action of the college.

B .Brokenshire College shall work and live to develop students:

The seal is the symbol of the principles which the institution stands for. The cross indicates the commitment of the College to a solid and strong Christian foundation of its educational thrusts dedicated to service. The open book which serve as the light of the lamp, a flame for study and search of knowledge, faith and wisdom so that all who go through the portals of Brokenshire College will go out to the world with faith, personal discipline, and service, characterized by integrity, competence and social responsibility. Further it is based in the Latin words Fides etServitium (Faith and Service), in the year 1954, when the School of Nursing was first established in Davao City.

Brokenshire College seeks a life of faith, learning and action

That shall develop people into becoming

To the needs aspiration and realization of a just,

From our voices united, evermore thy praises hear

Where’er the Lord will lead us, In all thy coming days

Thy dear name will guide us Through duty's winding ways

Thy dear name will guide us Through duty's winding ways

When service draws us, by feverish bed of pain

Oh may though gladly find us, With no thoughts of prize or gain

To mankind’s succor our footsteps guided be

When in vision of labor, thy cherish name we’ll see

When vision of labor, thy cherish name we’ll see 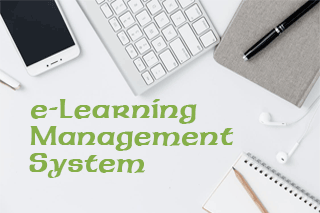 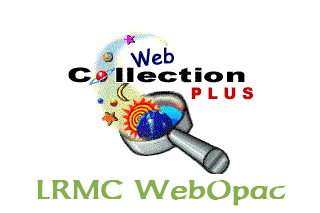 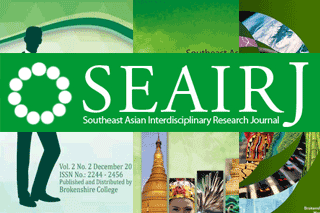 Go to top
Don't have an account yet? Register Now!